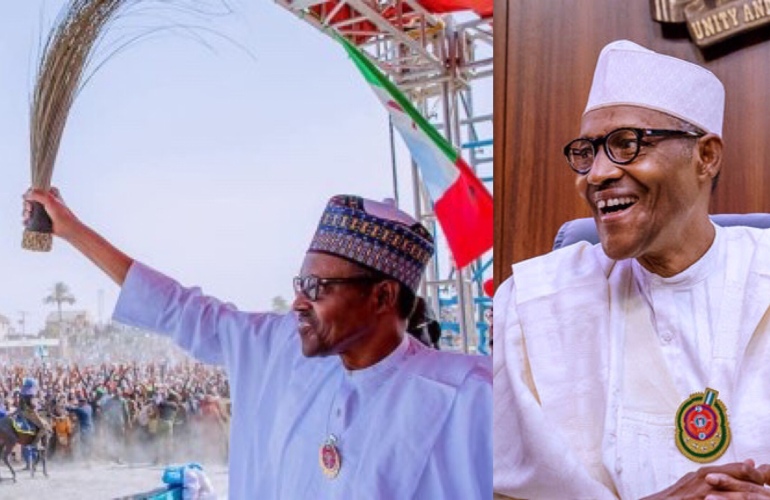 Charles Enya, a member of the All Progressives Congress (APC) in Ebonyi state, has filed a suit, seeking the amendment of the constitution to allow President Muhammadu Buhari get another term in office.

According to Daily Trust, Enya, who served as organising secretary to Buhari during the 2019 general election, filed the suit (FHC/AI/CS/90/19) before a federal high court in Abakiliki, the state capital.

Enya described the two-term tenure limit for presidents and governors as “discriminatory”.

He asked Abubakar Malami, attorney-general of the federation and minister of justice, as well as the national assembly, to remove constitutional clauses hindering elected presidents and state governors from seeking a third term in office.

The APC member is seeking possible expungement of both sections. According to him, “that section 137(1)(b) of the Constitution of the Federal Republic of Nigeria,1999 (as amended) restricting the president to only two terms of four years each, is inoperative by virtue of its discriminatory nature in relation to the executive and legislative branches of government in Nigeria, and therefore null and void and thus inapplicable”.

Meanwhile, Buhari has dismissed reportsthat he is interested in a third term.

“I’m not going to make the mistake of attempting a third term. Besides the age, I swore by the holy book that I would go by the constitution and the constitution said two terms,” the president had said at the national executive council meeting of his party earlier in the week.