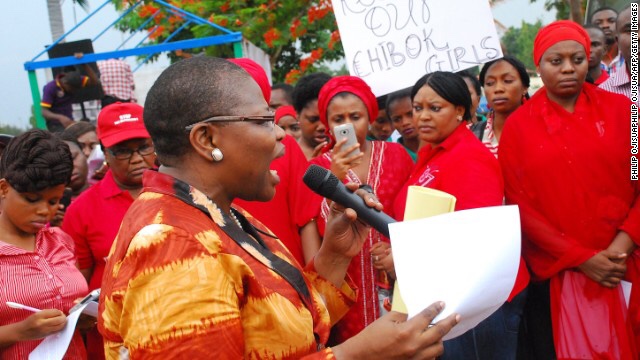 Bring Back our Girls activist and former Nigerian minister Oby Ezekwesili has thrown her hat into the election ring for Nigeria’s upcoming 2019 elections and says her candidacy will “disrupt the politics of failure” in Africa’s most populous nation.

Ezekwesili in an interview with Christiane Amanpour said bad governance had become endemic in Nigeria and citizens no longer hold leaders accountable for corruption or corrupt acts.

“It [Nigerian politics] produced dismal results such that today Nigeria is the world’s capital of extreme poverty,” she said.

“It’s totally unacceptable. What I intend to do is to disrupt this and build a nation that is based on prosperity, stability, cohesion, and equality of opportunities for our people.”

Around 87 million Nigerians are living in extreme poverty, according to the 2018 World Poverty Clock, despite the country’s vast oil wealth and human capital.

Incumbent President Muhammadu Buhari, who is also running for a second term, vowed to tackle corruption in his first term, a promise many Nigerians say he has not fulfilled.

Ezekwesili, who announced she was running for Nigeria’s top office in October, is towing the same path, with a campaign promise to weed out corruption, which she calls a “malignant and cancerous action.

“We know that corruption is a tax on the poor. And we already know there are ways to tackle corruption. You prevent opportunities for corruption; you reduce corruption.

“What my agenda is to deregulate the economy in the kind of way that public officials don’t have too much presence in the economy to be able to utilize it for personal gain,” she said in the interview.