•The United Nations wants to put an end to extreme poverty by 2030, which would mean everyone in the world lives on more than $1.90 a day. 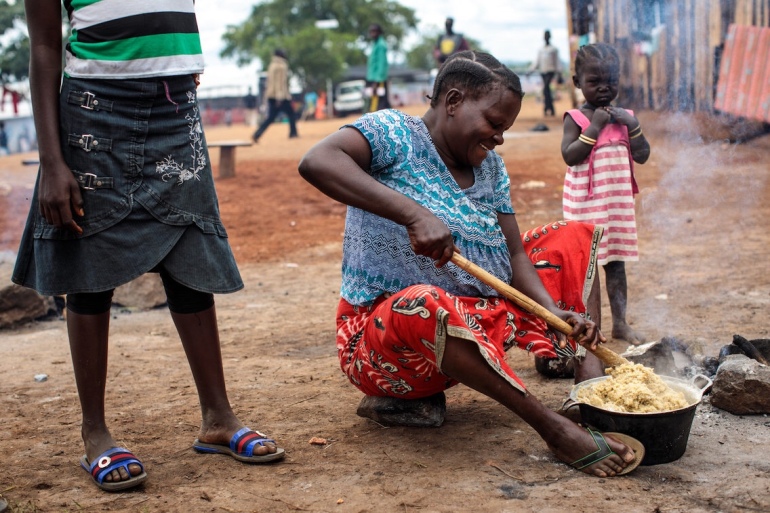 Bill Gates likes to tout himself as a pretty sunny guy. He regularly asserts that the world is getting better every day, in spite of the fact that the price of a loaf of bread is climbing, many people can no longer afford to buy a place to live, and free and fair elections are consistently under threat.

Gates remains undeterred. “Overall, I’m quite optimistic,” he told a crowd of Harvard students in April.

He uses hard numbers to back up this persistently cheery outlook, pointing out that since the $50 billion-plus Bill and Melinda Gates Foundation began in 2000, the number of extremely poor people around the world has fallen sharply.

Since then, over one billion previously impoverished people have busted out of a so-called “extreme poverty” income bracket to live on more than $1.90 a day. In practical terms, this means there are fewer and fewer people getting around on two bare feet, cooking over a flame, and sleeping on the ground.

In 2017, the Gates Foundation launched its first annual Goalkeepers report, checking in on the UN Sustainable Development Goals to see how far we have come in the fight against infectious disease and poverty.

That first report asserted that the world is gradually getting better on those measures. Now the Gates Foundation is sounding the alarm, warning in its second Goalkeepers report that the stunning poverty progress of the past few decades could crash to a halt if more isn’t done to help people stay in school and get enough to eat.

Gates Foundation CEO Sue Desmond-Hellman says that forecasted downturn into extreme poverty is not inevitable. She believes the Foundation’s biggest task today is helping prevent more poverty in Africa, largely by letting women take the lead in starting and growing their own families.

Education also plays a key role. China experienced its own dramatic poverty reduction in 1990s, arguably spurred in no small part by more educated women entering the workplace. India followed suit in the 2000s. Now is the time to foster a similar African “wave” of prosperity, the Gates Foundation argues.

“By 2050, 86% of the world’s extreme poor would be in sub-Saharan Africa,” she said, “And 40% would be in just two countries: the Democratic Republic of the Congo and Nigeria.”

At the same time, these two countries are set to experience rapid population growth, more than doubling and tripling in size. Fixes for this kind of population boom are already working in other African countries further north, like Kenya.

Research shows clearly that a young woman who waits until she’s finished school to have babies can have a positive, cascading effect on the health of her entire family, and country, for decades.

“Educated girls tend to work more, earn more, expand their horizons, marry and start having children later, have fewer children, and invest more in each child,” the report said. “Their children, in turn, tend to follow similar patterns, so the effect of graduating one girl sustains itself for generations.”

The Gates Foundation is also highlighting the importance of helping small-scale farmers move from subsistence farming to more focused crop production, zeroing in on growing one product, such as tomatoes, and selling it at market prices. That kind of sustainable business plan means families can make money and provide better nutrition for their kids, instead of simply relying on their own farms for food.

Even as Africa is projected to nearly double in population size by 2050, the continent could produce a wave of healthier kids, ready to solve tomorrow’s problems. But that’s only going to happen if more women get to lead the way, putting their own health and education first.